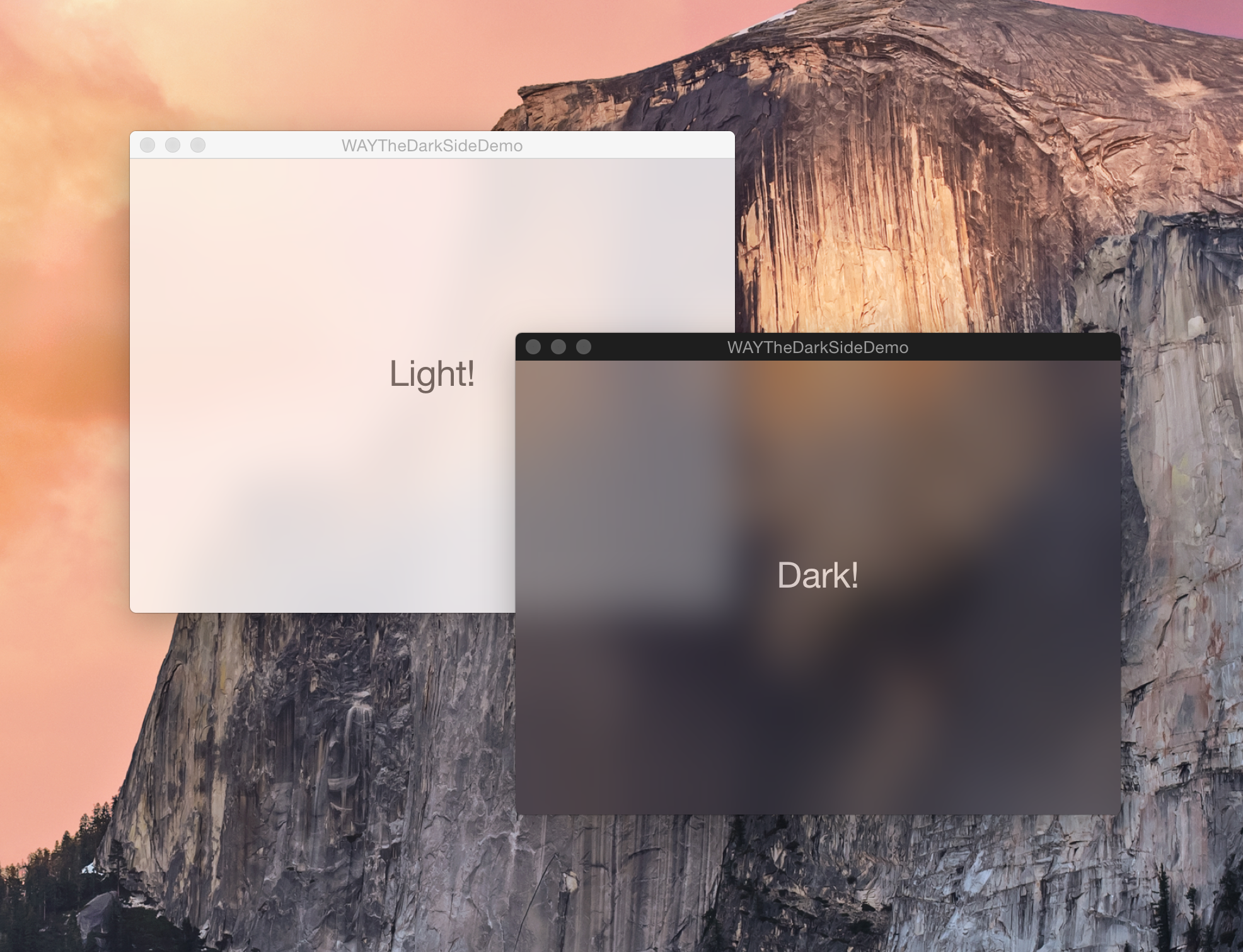 Today we have published WAYSourceListWindow, a beautiful subclass of NSWindow that provides a Master-Detail view pattern. 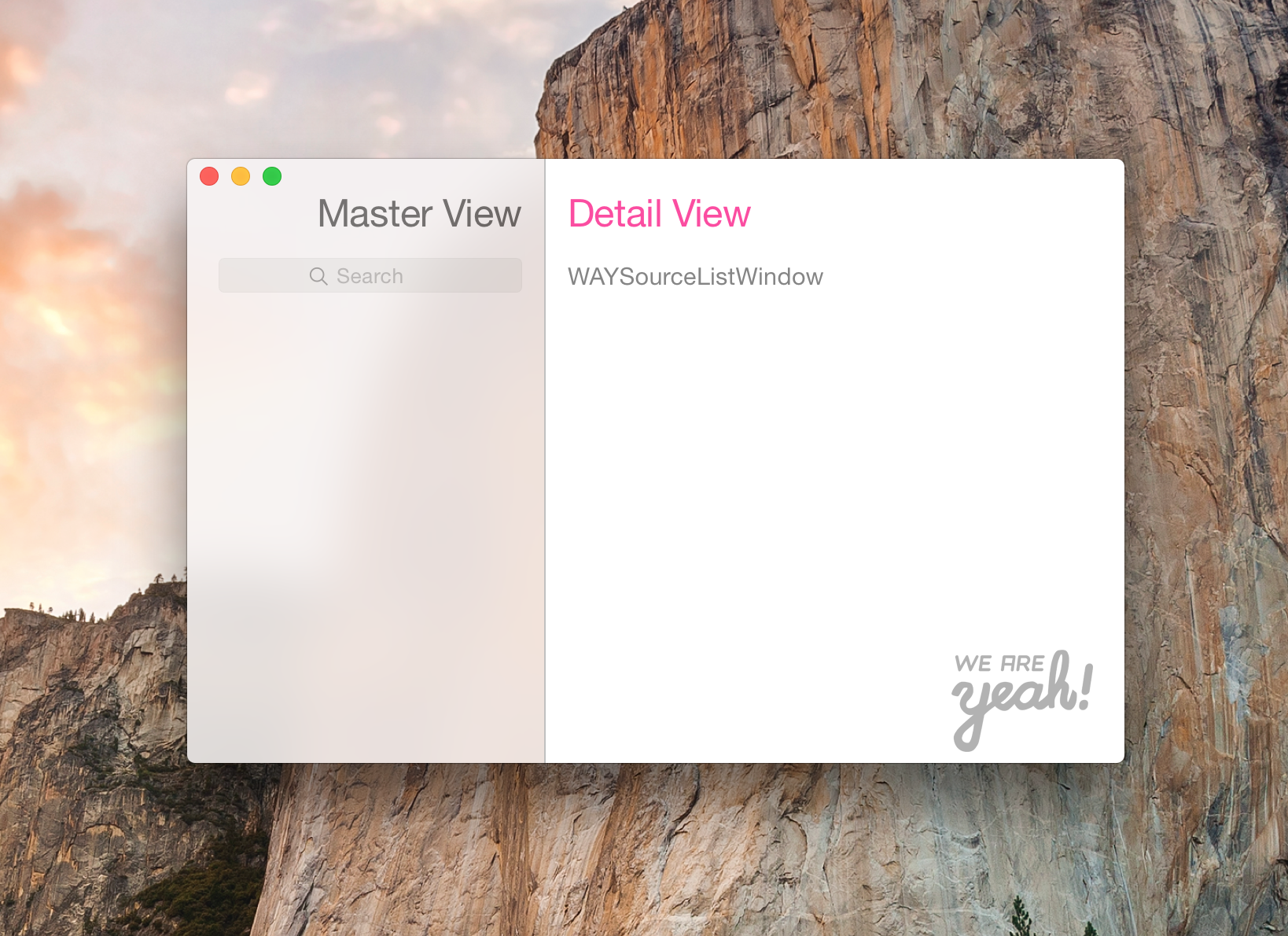 We developed WAYSourceListWindow to simplify the creation of tool applications that make use of a source list sidebar paradigm. Think of of Notes.app or Reminders.app, and you will know how it works: a blurred full-height view on the left side, and a big content related container view on the right side. 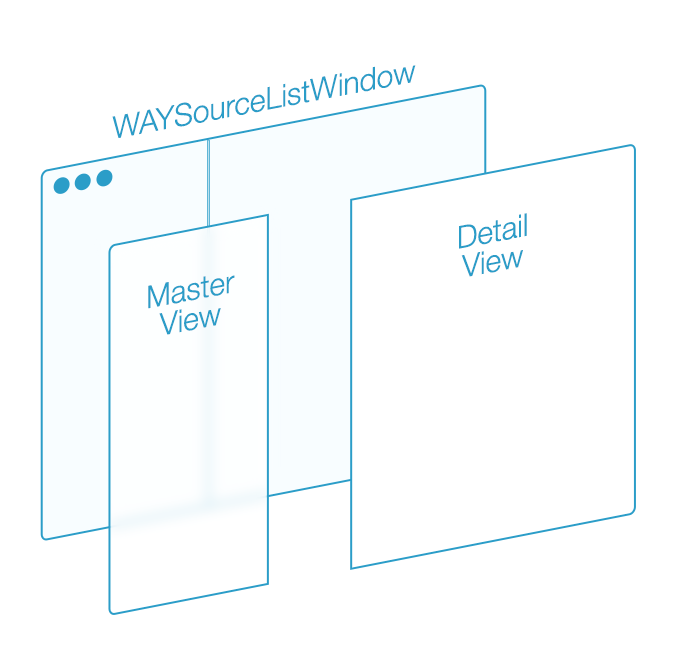 Find the demo on GitHub.